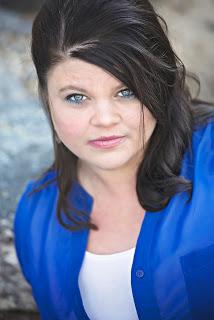 Devri Walls is the best-selling author of six YA fantasy novels. She is a theater major with a flare for the dramatic and wishes more than anything for a magic wand. Devri is from Boise Idaho where she lives with her husband, two kids and the cutest mutt of a dog the world has ever seen. When she’s not writing she can be found teaching voice lessons, trying to resist the urge to sell her two beautiful children to the circus, and cooking. Because…. food. Mmmmmmm. 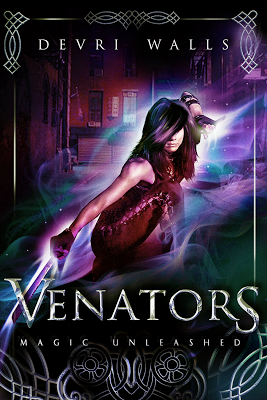 "Six years ago, Grey Malteer was attacked by creatures he thought couldn’t possibly exist. They repeated a word, calling him a name he’d never heard before…Venator. Since then, his life has been a hellhole of secrecy—hiding old pain alongside strange new abilities.


Rune Jenkins has an itch, as she calls it, but it’s more than that. It’s an anger that builds up like the inside of a boiler whenever she’s around anything remotely supernatural. The pressure is growing steadily worse and she can’t understand why. All she knows is—her control is slipping.


By order of an unknown council Grey and Rune are pulled through a portal in the St. Louis arch, landing them in an alternate dimension where creatures of myth and legend exist. A realm that calls them, Venators.


Made up of centuries old fae, vampires, werewolves, elves and succubi the council’s corrupt nature becomes obvious as they seek to wield the newly returned Venators as weapons. Wedged in an impossible position, Grey and Rune must decide their fate—do they go against the council’s wishes and help the innocents of this unforgiving land, or face the possibility of execution by the council."


1.     I can sing anything from light opera to broadway to jazz
2.     I actually teach singing lessons as well
3.     I enjoy cooking, but only if it’s something I haven’t done before. Once I’ve made it cooking becomes a bit of a snore
4.     I never wanted to be a writer when I grew up
5.     What I DID want to be was a singer, actor, lawyer who trained dolphins on the side
6.     I love Thai food more than just about anything
7.     Lemonade Rockstar zero is my vice and guilty pleasure
8.     My random wish is that someone will leave a basset hound puppy on my doorstep with a bow around his neck.
9.     My mother was worried about me socially because I played Unicorn and Pegasus on the trampoline with my sisters until… well, I was WAY too old. I believe it may have been into the teen numbers. Little did we know I’d actually use that someday.
10. I love public speaking despite being a total introvert!