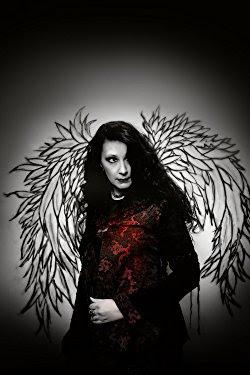 Claudette Melanson writes dark fantasy in Kitchener, Ontario with four bun babies: Tegan, Pepper, Butters & Beckett. She graduated from Indiana University of Pennsylvania with a BA in English, BS in English Education and an MA in Literature. Harboring a deep admiration of vampires since the age of five left her with the desire to eventually become one, and now fuels the creation of her favorite paranormal characters. She hopes to one day work full time as an author, since there are many, many stories playing out inside her head.In her very scant spare time, she enjoys watching Japanese Anime and reading vampire stories...along with other genres of great fiction, as well as riding every roller coaster she encounters in both her hometown and away at signings. An advocate for good health and ketogenic eating, her favorite foods are bulletproof coffee, cashew-flour crust pizza and treats made with xylitol and almond, coconut or cashew flours.Future dreams include a cabin boasting a roaring fire, isolated inside a snow-filled wood in the Yukon—the perfect writing spot—and the completion of dozens of future novels and stories. A Rabbit Rescue fanatic and loving bunmom, she also hopes to help rescues all over the world save many innocent lives. 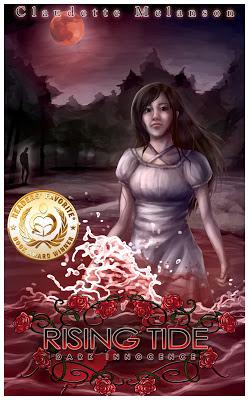 When a cruel prank nearly claims Maura’s life, one of her classmates, Ron, rushes to her rescue. Darkly handsome & mysteriously accepting, Ron doesn’t seem to want to stay away, but Maura is reluctant to get too close, since her mother has announced she’s moving the two of them to Vancouver…nearly 3,000 miles away from their hometown of Indiana, Pennsylvania.
If life wasn’t already challenging enough, Maura begins to experience bizarre, physical changes her mother seems hell bent on ignoring, compelling Maura to fear for her own life. Vicious nightmares, blood cravings, failing health and the heart-shattering loss of Ron—as well as the discovery of a tangled web of her own mother's lies—become obstacles in Maura's desperate quest for the unfathomable truth she was never prepared to uncover.


1.  If you had 3 wishes, what would they be?
To be able to write full time for a living
That my bunnies could live as long as I do
To be a vampire, of course (then we would all be immortal, lol)

2.          Where do you write?
Mostly at home in the LR where I can watch my four bunnies play and interact. I love having a scary movie on in the background for inspiration.

3  How long does it normally take you to write a novel?
If it’s Maura it can go fast. I took six years to write Rising Tide, but that one was my first. I did Undertow in 9 months and Riptide in 5 months. It really varies on the subject matter/characters, but I hope to keep getting faster.

4.  What are your inspirations?
Other books and movies. The Twilight series was a huge source of inspiration. I’ve always drawn from Stephen King and Ernest Hemingway. American Horror Story, 13 Ghosts. I absorb every scary thing I see/read. I also love to have background music on. It can really get me in the right frame of mind.

5.  How did you come to write this particular book or series?
I dreamed about Maura for years. I know her very well since I fleshed her out inside my head so often after those dreams. Vampires have always been my favorite characters, so that part was a given.

6.  What was the hardest part of writing your book, and how did you overcome it?
Finishing the first one. I’ve always had so many book ideas and starts but never carried one all the way through. I also wanted to work on my writing to make sure it was good enough to put out there. When I was halfway done with Rising Tide, I thought to myself that I needed to make the big push and get it done. I worked at it every day until I finally did it and didn’t start working on anything else. I learned there are no limits when you really set your mind to something.

7.  What is your writing drive? The power that keeps you going when your writing gets difficult?
I mostly think of all I want to accomplish. I want a huge library of titles online like Bella Forrest or Stephen King. I just tell myself to keep the ball rolling, because if I quit or give up, I’ll never accomplish what I want to do. The only thing is to move forward. I have a few really good writing buddies who help to keep me going too! (Thanks Sherri, Laura & Lynn). Kind words from my readers always remind me why I’m doing this as well, both for them and for me.

8.  How did you come up with the title?
I knew this would be a trilogy, so I wanted three titles that went well together, made up a theme. I love the ocean, so I thought of Undertow first and then the other two titles just came to me easily. There are a fair amount of water metaphors and the titles fit well with the turbulence going on in Maura’s life.

9.  Name one entity that you feel supported you outside of family member?
Tome Tender Book Blog was one of the first to give me a chance and a blog review. Anytime I’ve had a book out or a promo going, Dianne Bylo is always ready to help. I really hate it when some of the blogs don’t give Indies a chance, but she welcomes Indie authors with welcome arms. She really works hard on that blog, and it shows. I appreciate her help and support very much…along with many others in the book world.