Tempered Steel Series is on sale from Aug 8-15. 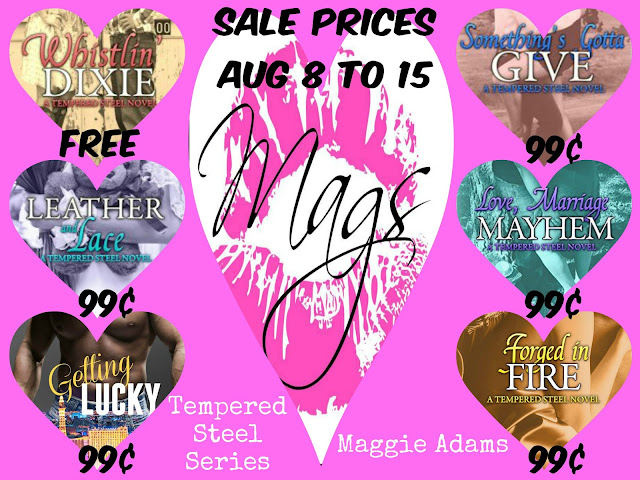 
A few years ago, the tiny village of Grafton, Illinois, nestled along the banks of the mighty Mississippi River, was almost completely

destroyed by flood. Rather than pull up

stakes and move elsewhere, many of the residents vowed to rebuild their hometown, making

it bigger and better than ever.


One of these residents was Mac Coalson. The eldest son of Hank and Ginny Coalson, Mac, together with his parents and his six brothers, set about the arduous task of clearing, cleaning, and repairing what could be saved. Coalson Construction Company was determined to make the village bigger and better than ever.


What no one expected, though, was that not everyone was happy to be rebuilding the town. When vandals strike the new construction, it was up to Mac and his brothers to catch the culprit before anyone is hurt. While laying a trap, Mac thought he had captured the criminal, but instead, he finds sassy spitfire, Dixie Harris, has stolen his heart. But when the vandal turns to arson, it may be too late to save his brothers.


When Sam Coalson, ex-Navy SEAL, heard about the troubles in his hometown, he decides to head back to Grafton, despite being run off fifteen years ago by the father of his high school sweetheart. He can’t forgive Angel Devereaux for her part in his humiliation, but he can and will find out who is behind the destruction of the new buildings. But what he finds leads them all into a sinister plot to run drugs through their tiny town and it’s up to Angel to save him from certain death.


Charming Chance Coalson helps his brother run their construction business with a ready smile and a strong back. Considered the “Casanova of the County”, his love for women is legendary. But he’s recently realized that his heart belongs to shy volunteer firefighter, Georgia Haines. Now, he must prove to her that this “bad boy” has become a one-woman man, and he must do it before she becomes a target for a killer.


With only a small clue to the whereabouts of the arsonist, Lawrence “Lucky” Coalson heads to Las Vegas. While posing as a bouncer, Lucky finds himself ensnared by the lovely bartender, Claudia. But, like Lucky, she’s not what she appears to be and what happens in Vegas follows Lucky back home with unimaginable consequences.


Brandon and Nick foil an attempt to assassinate a pretty private eye and her sweet sister. Together with Sam and his best SEAL buddies, Jax and Noah, they vow to bring the ringleader to justice and rid their town of the criminals. Not to mention, the new secretary is definitely hiding something and it’s going to take all of Brandon’s sensuous skills to find her secret before a psycho ends her life.


But nothing goes according to plan, and the men must fight Mother Nature, a murderer, and local law enforcement. When Lucky’s luck runs out, the private eye sisters forge a bond with the brothers to find the real killer.


While it appears the whole community is going to hell in a hand-basket, Hank and Ginny Coalson are thankful that their youngest son, Tanner, and Dixie’s younger brother, Jamie, are away at school. But are they safe enough, when the drug lord and a murderer combine forces that leaves a family member dead? No one knows where or when the criminals will strike, so Hank and his sons make their own preparations and in the end, no one is in doubt that the Coalsons are taking back their town. 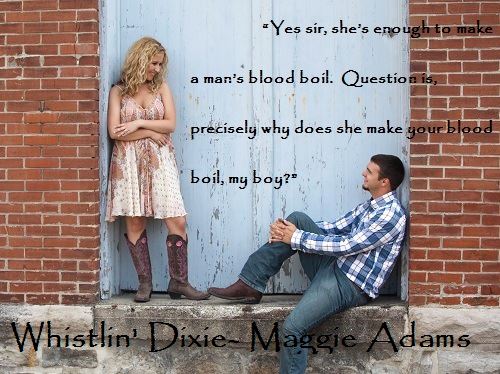 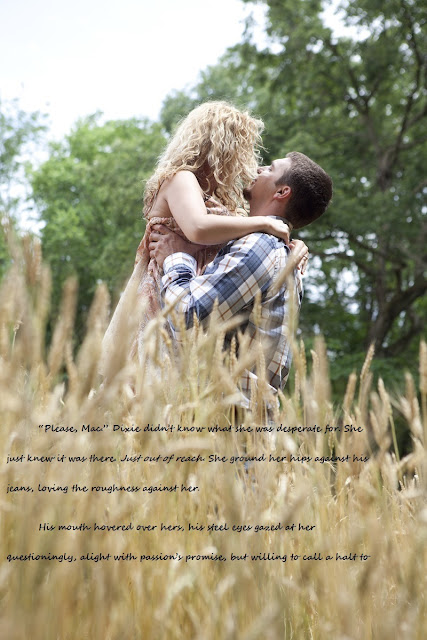 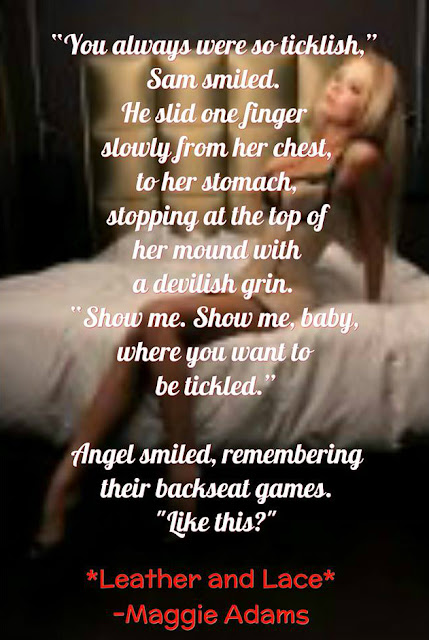 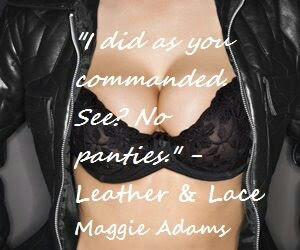 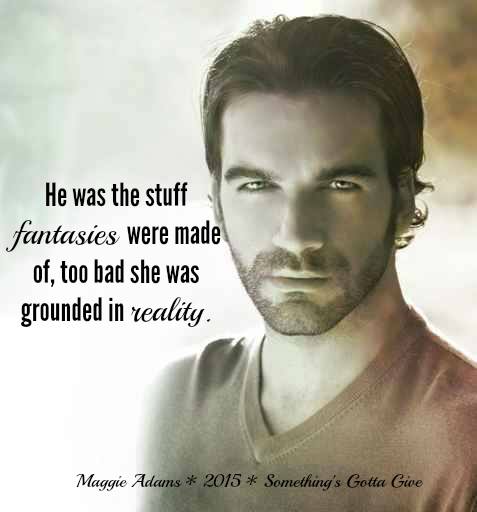 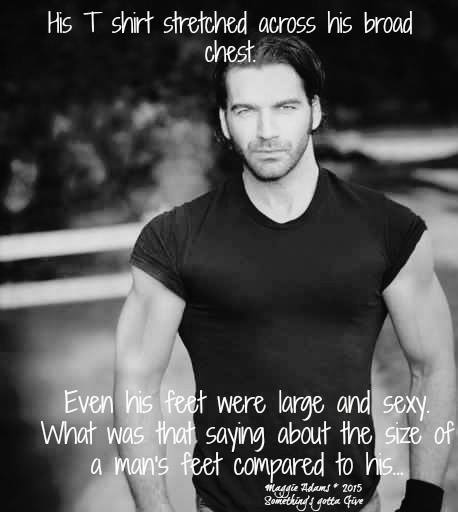 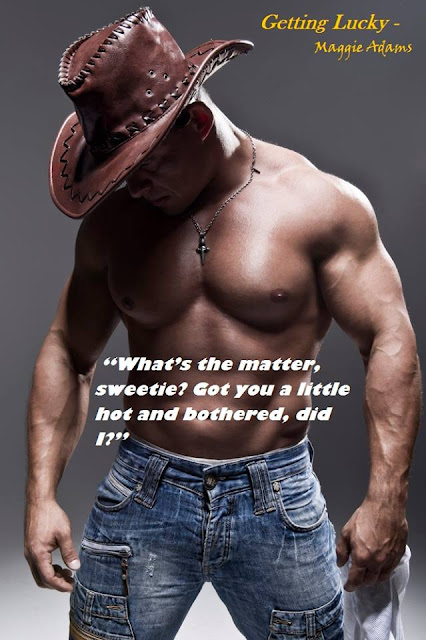 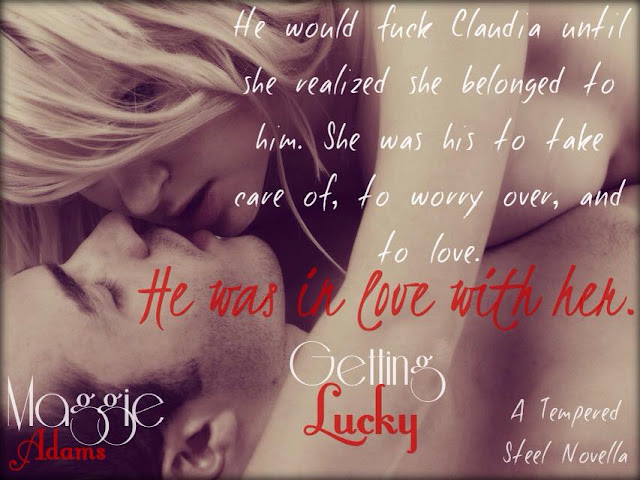 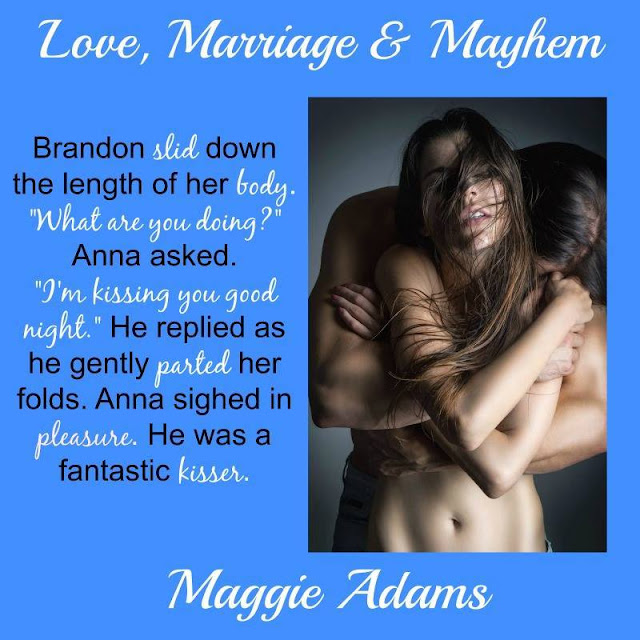 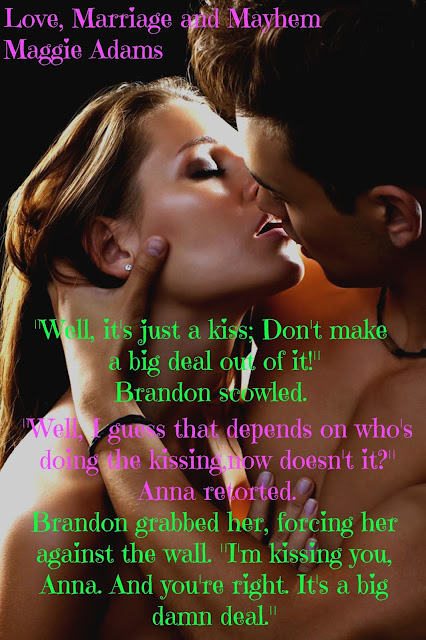 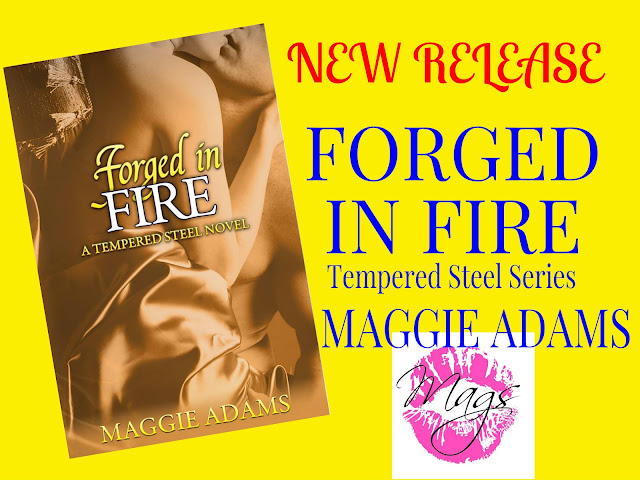 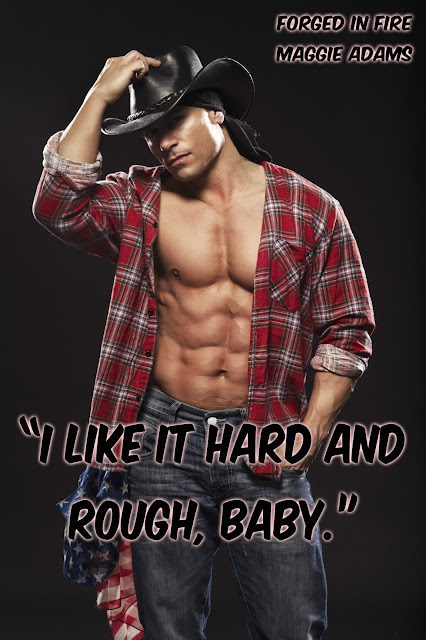 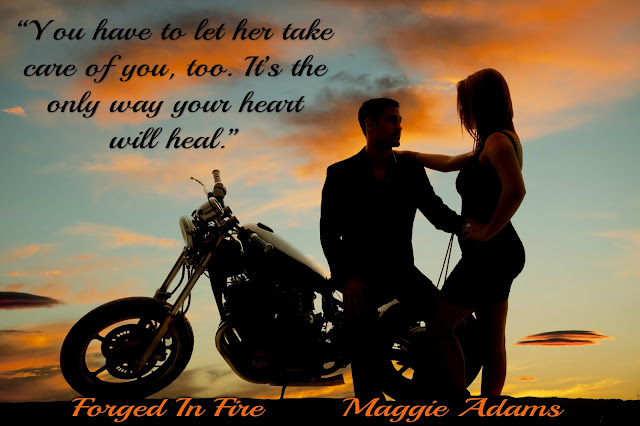 Get ready for a phenomenal series in contemporary fiction! Every book in the 'Tempered Steel' series by Maggie Adams is a smoking hot, page-turning must-read! Fans of fiction (Adults 18+) who love contemporary romance, a bit of intrigue, and just the right amount of spicy heat in the bedroom, will devour all of these books!


With a unique storyline and different plots that steadily emerge throughout each installment, readers will be engaged and turning pages. Entertaining dialogue with well-developed characters that you will either love or hate, and always witty banter between each book’s H/h, will cause many bursts of laughing out loud! Oh, and I always advise having the A/C on high, a cooler of ice cold drinks and a fire extinguisher handy from the sizzling antics in the bedrooms!


Yes, these books could stand-alone, but since there are recurring characters, I strongly recommend reading them in order for maximum enjoyment! No cliffhangers, just amazing endings that will pique your curiosity. I highly recommend getting all of the books in this fantastic series!

Follow the link to the Rafflecopter and enter to win a $25 AZ GC or a signed PB of one of the Tempered Steel Books!! http://bit.ly/TemperedSteelGiveaway 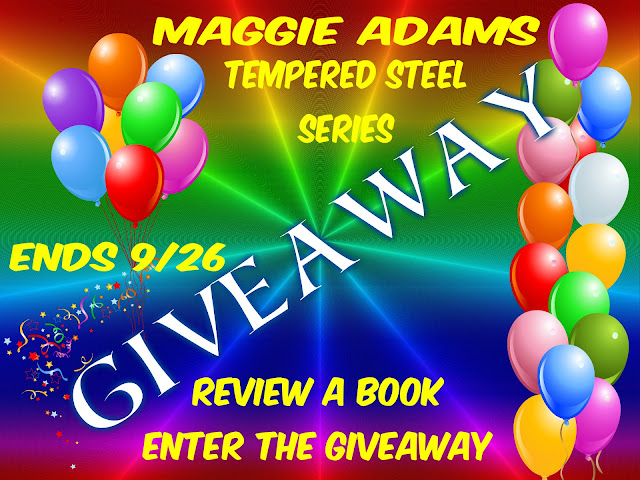 
Reviews are extremely important to authors. Not only do they play a role in helping other readers decide whether or not to buy a book, they give the author insight on how readers view their work. Another reason authors ask for reviews is feedback helps determine how different retailers market the book. Please leave a review for all the books you read. Authors are truly grateful for every one-even if it is just a couple of words or sentences.


Maggie Adams has put the entire Tempered Steel Series on SALE! Now is the perfect time to buy the books and leave your reviews. For every honest review you write, you are eligible to enter a


Giveaway for a $25 AZ GC (1st Prize) and a signed paperback, winner's choice, from the Tempered Steel Series (2nd Prize)


Depending on the number of entries, there may be a 3rd Prize. The only requirement for your review is that it is honest and posted by the deadline.


Reviews can be posted using the following links:


When you post a review, copy the link/URL because it will be needed to complete the entry form. All entries will be checked. The more reviews, the more entries you receive.

To allow time to read the books in the Tempered Steel Series, the Raffle will be open until Sept 26. The winner will be announced by Oct 7 on Maggie Adams' Facebook page and Wise Owls PR Facebook page. Please like the pages so you can be tagged.


Good Luck!! I know you will enjoy the HAWT!! Coalson brothers and the strong women they love. 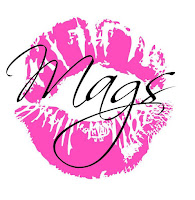 
If you enjoyed the Tempered Steel Series and would like to help promote Maggie,  come on over and join the fun with her Street Team/Fan Group: Maggie's Minxes 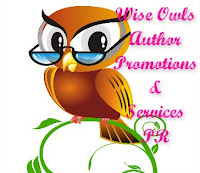 Unknown said…
Thanks so much for sharing my sale tour!