Author Lucinda Whitney is back to join us with her newest book!
She is offering her book at a discount price right now too - you can pick it up for $0.99!

And, for a short time, she is offering a $25 gift card for posting a review!!
See below for the giveaway options 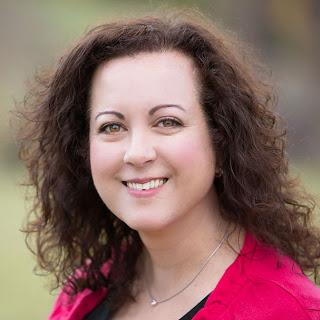 Lucinda Whitney was born and raised in Portugal, where she received a master’s degree from the University of Minho in Braga in Portuguese/English teaching. She lives in northern Utah. When she’s not reading and writing, she can be found with a pair of knitting needles in winter, or tending her herb garden in the summer. She also works part-time as a substitute teacher.

One city of two million people and only three months to find her.
What are his chances? 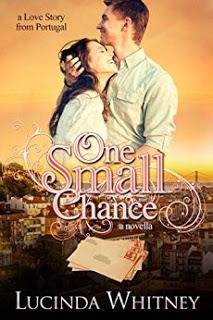 When Isabel Antunes is hit by a man on a bike, she doesn’t expect to see him again. But on Monday at work, she learns her boss just hired him. Despite the guy’s repeated assurances to the contrary, she feels he’s a threat to her position of director, and she won’t hand it over without a fight. As if that’s not enough, he’s a member of the same church she joined a few months ago and she can’t get away from him on the weekends either.

Simon Ackerley is in Lisbon, Portugal, as a consultant for an English-only private academy. He doesn’t speak any Portuguese but he’s enjoying the city and his new job, despite a co-worker who’s bent on treating him as the enemy.

But when he discovers a clue to her identity, Simon realizes there is so much more at stake than just a pleasant working environment. If only he could tell her the reason why he’s come, he’s sure Isabel would treat him differently. But he knows she’s not ready for the truth.


"Simon nodded. “So this is a one-time thing?”
She nibbled at her thumb. “Yes, it should be.”
“All right.” So Isabel was using the academy’s kitchen, and she didn’t look too happy that he’d found her.
She paused and looked at him. “Look, I’d just rather people don’t know that I cook. Don’t you ever do anything to de-stress?”
Simon smiled. “Yeah, I go bike riding.”
“Do you make a habit of crashing into pedestrians as well?”
“That was the first time.”
“Just my luck,” she deadpanned.
No, it had been his luck but she wouldn’t understand, and he kept it to himself."

See Both Giveaway below!