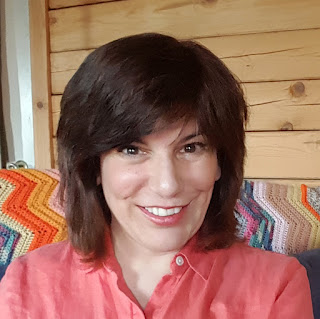 Musician, author, and avid Star Trek fan, Nanette loves anything that challenges her mind and enlightens her spirit. She got the idea for her book series from her faith and love of family. Wouldn’t it be neat to travel back and forth through time to discover hidden powers and your true potential? Nanette thought so, and thus began the Doorway series. Believe is the first of seven books designed to entertain and inspire both young and seasoned readers. She is a frequent hiker at Glacier National Park, loves her dear husband and family, and when she isn't writing, takes her dogs on long walks.


Q&A with the Author:

I’m a plotter who lets the pantser come out every now and then. I’ve had the most fun lately writing the first draft of my 3rd and 4th books in my Doorway series during the National Novel Writing Month challenge. I would take a few weeks before the event to plot the basic beats of the novel, and I’d force myself to hold back until the event began. Then I’d write like a madwoman, connecting the beats with amazing scenes that would bring characters to life in ways I hadn’t anticipated. It’s so fun to see what my characters will do—as if they already know their story and I’m only the scribe.


Be teachable. Be humble. Take advice with grace and dignity. Don’t give up on your dream, especially if you get a bad critique. Don’t be such a perfectionist by withholding your story from the world. Someone is patiently waiting to be uplifted by what you have to offer—don’t let them down. You have a story to tell. You have a gift to give.

Every great warrior begins by taking a stand. 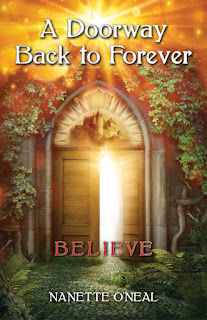 Best friends share everything, right? Unless it’s a secret that could cost them their lives. Robyn and Kit are born with forbidden magic-sense, the power to see and hear beyond Earthly sight and sound. It’s a curse that haunts them, but the girls are strangely drawn to it—could there be more to this power than they’ve been told?

When they spill their secret, it opens a doorway back to Forever—a beautiful realm where magic-sense began. They learn the truth: they have been given a noble gift. It connects them to the Skyborn royalty of this new world. They’ve been summoned back by the forces for good to preserve the kingdom and revive the power where it once flourished—on Earth. It can thrive again, if Robyn and Kit are brave enough to follow.

However, the doorway awakens more than magical fairy-tales. A dark force is unleashed—one that has battled the Skyborn since time began, and it wants the girls dead, the Earth destroyed.


Beyond the doorway is where the adventure begins—trickery, kidnapping, a prison break, rescue teams, sword fights, magical gold-dust, holographic medallions, and singing orbs—but only for those who have the courage to believe.


After a few minutes of silence, Kit

spoke up again. “Look at the geese.” She pointed to a flock of birds flying in

V formation in the distance. She sat up to watch their approach. “Most people

call them Canadian geese, but my dad told me the correct name is Canada geese.”

Robyn sat up too, and then cocked her

head as she stared more closely at the oncoming birds. Their wingspan was

awfully broad … and the necks were longer, thicker, with something feathery

streaming from them. A mane? She shaded her eyes from the sun. Could it be?

Were there four legs dangling underneath, with hooves? Robyn darted a look at

Kit. Can she tell yet that there are twelve flying horses in the sky?

“My dad hates Canada geese. Back where

I come from, they’re everywhere, and they poop all over the sidewalks and you

can’t get them to leave. And the honking is so loud.” Kit shaded her eyes too.

“See how they make that V?”

“That helps them fly better—something

about aerodynamics, and less stress on the whole flock. I’ve never seen other

“Or anything else, either …” Robyn

horses. Each one had a rider wearing shiny robes and armed with swords at their

waists. The leader had his sword extended outward. Two riders from the tail end

of the right side of the V veered out of formation—a man and a woman. They

pulled back on the reins and their horses lifted their heads high, then changed

direction and dove directly for the girls.

Let’s get going.” Kit was up too, eyes plastered to the sky. They bolted down

the hill in opposite directions, headed for home.

Robyn looked back at the riders. The V

formation was heading onward. The two lone riders circled above the hill, then

picked up speed to catch the flock. That was like nothing I’ve ever seen. She

slowed her pace and caught her breath as she watched them fade out of sight.


When Kit got home, she raced up to her room and slammed the door behind

her, panting the entire way. She charged into her closet and dug out the hidden

book, then flipped to the chapter on A Brief History of Magic. She read

again—The gift of magic dates back to the beginning of time. When the dark

poison of Sylvare was unleashed in the cosmos, Skyborn travelers brought magic

to Earth as a gift from Barsoum and Calemir. It shielded the Earth from the

dark poison created in the Before-Time. Below the paragraph was a picture

their sides. The lead rider had a crystal object the size of an egg in his

hand. He held it high between his fingers. A soft stream of glittering vapor

swirled from the orb and floated in the air, trailing behind the squadron of

riders. The picture was familiar to Kit—their formation was that of a V, like

the Canada geese she saw today. Weird. She closed the book and got out

the notebook she had been keeping on magic-sense.  If she didn’t write

down what she’d heard on the hill, she’d forget the details.


Today was a strange day. The police

were hassling Mr. LaCorte about his family flag. They said it was associated

with magic, and he should take it down. Mr. Fischer stood up to them, and I

thought he was going to punch that Grimmer guy in the nose! Anyway, the flag

looked familiar, though, like something I once saw in Dad’s old box from the

attic. (Note to self: check that out later). Then Robyn and I went to eat our

cookies on Mountain Goat Ridge.  I almost told Robyn about my father’s

stuff, but she was so quiet, I thought maybe I was scaring her with the stories

about the police in my old town. Then a flock of geese flew overhead. At the

same time, I heard that deep, kingly voice from before say, “Skyborn warriors,

look below. See the two girls on the hill? They are almost ready for their

that, the strangest thing happened. Two of the geese broke formation and swept

down at us. Robyn said, “Let’s go.” And I wasn’t going to argue! Then I heard