Joann H. Buchanan is a mother of five children, and has a wonderful husband who supports her passion for the written word. She owns a small audiobook company named Empire voices that creates audiobooks.
Her book #4 called Shine just got published. Her upcoming releases include After Dark book 3 in The Children of Nox series, and Empires Lost book 1 Keleigh. She is also in two anthologies, Horror in Bloom and Hidden in Your World.
She's a pretty busy and creative woman, isn't she? So I couldn't resist asking her how she does it! 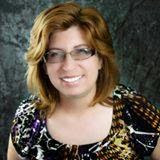 - With five children - and a husband - in the house is there any free time for writing?
"The kids are in school all day long and there are times I am burning the midnight oil all night. I make time to write no matter what."
- Children's imagination can be wild. Do your children help you to plot your stories?
"No, I keep them separate from what I write because my stuff tends to be dark sometimes."
- How long did it take you to publish your first book, after you started trying?
"Six months into my writing career, I met Karen from World Castle publishing and have been going since."
- Who is your favourite author? Is your writing style similar to theirs?
"I have a lot of favorite authors. Stephen King, Frank Herbert, Anne Rice, Cassandra Clare, Veronica Roth and so many more."
- Does a book need to be only one genre?
"In my own personal opinion no, I think it makes it more interesting to write cross genre." 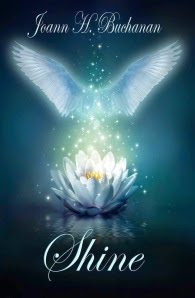 - Tell me about your published books...
"The latest one is SHINE, it’s the story about a girl who falls in love with an angel and what that means for her life. There is a major twist at the end that I think lifts it to a higher level."
- What are your current projects?
"After Dark, book 3 in The Children of Nox series. If you haven’t read the first book in the series you won’t understand what’s going on because this is a continuation story not three standalone books."
- You own an audiobook company named Empire Voices. Is working with other authors such difficult as it sounds?
"I have not had a single problem working with authors, it’s all about the creative process."
- Do you have any advice for other writers?
"Read and write every day. It’s like being an athlete or a doctor, you have to always develop what you have." 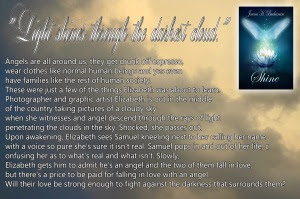 Read more about Shine in my related article.