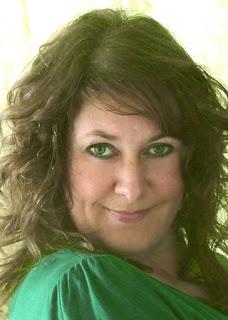 I've been fascinated with the Victorian and Edwardian eras, as well as the Old West as long as I can remember.
Growing up on a farm in Eastern Oregon where only the most determined and resolute individuals dare toil the soil that spent centuries covered in sagebrush, rock, and the random juniper tree, I never gave a thought to my great fortune in having a rural foundation on which to build my future.
All the crazy exploits I had as a girlie-girl being raised as a tomboy came in handy when I began writing western romances. You'd be surprised how many of the wild adventures in my stories are based on things I either experienced or witnessed during my formative years.
I joyfully bear the burden of being a hopeless romantic, with a bit of sarcasm thrown in for good measure. I've always been a sappy-hearted girl who loves a happy ending. I also love the western and rural way of life and that's why I began writing sweet and clean western romances.

Everything you never wanted to know about me is posted with frequency on my blog. There you'll discover I'm completely and entirely smitten with my husband, lovingly referred to as Captain Cavedweller. You'll also find that I eat too much chocolate, have a thing for roses, like to play with my camera, and enjoy researching the towns and eras for my romances set in the old west. 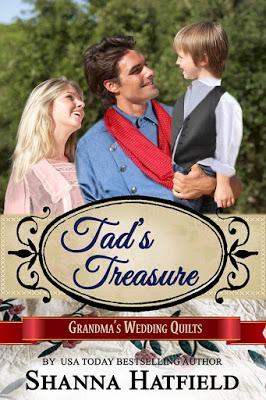 Tad Palmer makes a promise to his dying friend to watch over the man’s wife and child. Years later, he continues to keep an eye on Posey Jacobs and her precocious little boy. The only problem is that he’s not sure his heart can withstand the vow he made when he falls in love with the widow and her son.
Posey Jacobs misses her beloved husband, but her wrenching grief has given way to hope for the future as she finds herself falling deeper and deeper in love with Tad Palmer. However, the infuriating man doesn’t seem to notice her interest and treats her as he would his sister.

Throw in a goat who thinks she’s a dog, a town full of quirky characters, and this widow has her work cut out for her if she wants one handsome cowboy to give her his heart.

Tad hurried to the front of the store and threw open the door. The two men stepped outside and watched as Nate Jacobs proudly walked down the street. A flop-eared black and white dog, its bright pink tongue lolling out of its mouth, flanked him on one side while a prancing goat wearing a wreath of flowers around her head kept step on the other.
“Hi, Uncle Tad!” the boy called, waving his hand wildly in the air.
Thane chuckled. “It looks like he stopped by a circus on his way here. Good luck with your very own Pied Piper.”
“I’m convinced the goat could have her own act,” Tad said quietly, then lifted a departing hand to Thane as the man hurried down the steps and grinned at the boy and his animal pals.
Tad hunkered down and Nate ran up the steps to him, taking a seat on Tad’s bent leg. “What brings you to town, Nater?”
“Mama and I gave Agnes a bath and she wanted everyone to see how pretty she looks.”
“Agnes or your mama?” Tad teased.
“Agnes!” Nate giggled and placed a hand on the goat’s head as it moved in front of them and bleated softly.