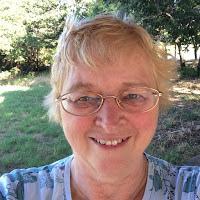 Patricia PacJac Carroll~ I am a writer, Christian first, and blessed beyond my imagination. I live in the Dallas-Ft Worth area of Texas with my wonderful treasure of a husband, my spoiled dog, Jacs, and my awesome son, Josh. Did I say I was blessed? The PacJac is from my initials and my husbands. I wouldn't be able to write if it weren't for him. I love adventure and the open road. The stories of the western era have always been a favorite of mine. I enjoy writing, and my goal is to write stories readers will enjoy.
Connect with the Author here:
~ Facebook ~ Newsletter ~ Website ~ Email ~ 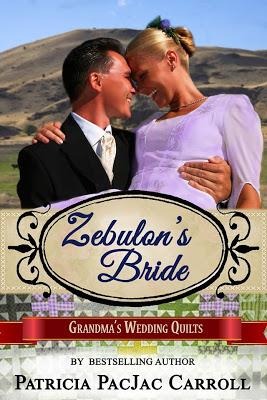 He’s vowed not to marry until he reaches Montana. Then he meets her, but she has other ideas.

Zebulon Benton dreams of going to Montana, but he’s the only son and his mother doesn’t want him to go and his father needs help with the family store. Unknown to Zeb, his mother sends off for a mail order bride. After all, if Zeb marries and settles down, he won’t want to leave.


Enter Amy Gordon from New York. She appears to be the perfect bride for Zeb. Except she also wants to go to Montana and nothing is going to stop her especially her love for Zeb.

1.      Amy loved him. Had fallen hard for him while sitting next to him looking at the field of wildflowers. By the shocked look on his face, she’d say that Zeb was having trouble sorting out his feelings. Well, some of the books she’d read seemed to indicate that men didn’t catch on so quickly.

4.      Amy sighed in relief. At least he wasn’t going to be one of those buffalo kind of men they’d seen and smelled in Gardiner.

5.      Zeb frowned. “What if my sons want to run a store and not work a ranch?”
Laughing, Amy rose and went to him. “We’ll do like your father said. We’ll handle what comes our way, together.”

6.      Amy stepped to the counter looking for her man. Seeing no one, she was about to call out when she heard loud voices from the back.
“Just send her back. That’s what you’ll do!”

7.      Zeb tore his gaze from Amy to Ma. “Did you send her a letter? It’s on your stationery.” He looked down and started reading. Shock blasted him as the words mail order bride took his full attention. Feeling as if he’d been broadsided by a grizzly, he staggered back against the counter.

8.      His mother looked apologetic. “I won’t push her on you, son.”
Zeb shook his head. No, not at all. Already, he was expected to think about marrying this woman. Already, he’d postponed his leaving, again. Already, he couldn’t get the image of Miss Gordon out of his head.