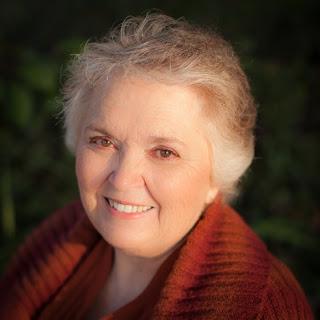 Zina Abbott is the pen name used by Robyn Echols for her historical romances. Robyn currently lives with her husband in California, USA, near the “Gateway to Yosemite.”

She is a member of Women Writing the West, and American Night Writers Association. She enjoys any kind of history including family history.

When she is not piecing together novel plots, she pieces together quilt blocks. 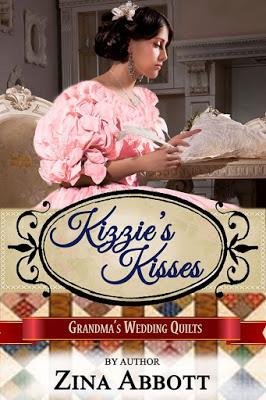 Running from hostile Indians attacking Salina, Kansas in 1862, feisty Kizzie Atwell, Grandma Mary’s oldest grandchild, runs into freighter Leander Jones traveling the Smoky Hill Trail. He is as interested in her as his stallion is in her mare. The two join forces to prevent the Fort Riley Army captain from requisitioning their beloved horses for the cavalry. Avoiding bushwhackers and fighting off a thieving bullwhacker binds their bargain.

In 1865, at the victory dance held at Fort Riley to celebrate the end of the Civil War, Kizzie is asked to participate in a fund-raiser to aid the Sanitary Commission helping injured and sick soldiers. It involves chaste sweetheart kisses in exchange for tickets purchased by officers and guests. As a contract freighter for the Army, Leander is invited. Much to Leander’s chagrin, before his chance to claim his kiss, Kizzie’s uncle steps in and puts an end to the kissing game.

Is Leander out of luck, or will the bargain Kizzie and Leander made three years earlier to save their horses lead to a more romantic bargain sealed with a kiss?

Q&A With The Author:

Auburn hair (although one motor vehicles clerk listed me as “bald”) and hazel eyes, too heavy, love to sit too much, love to read, write and quilt—while sitting too much.
2. What do you love most in the world?
I love my faith, my church and my family.
3. What do you fear most?
Not getting everything done in life I should do. I know I won’t get everything done in life I want to do.
4. What is your largest unfulfilled dream, and what are you doing to reach it?
My largest unfulfilled dream is to be slender. After numerous unsuccessful attempts to achieve this goal, I am working on being satisfied with being healthy and occasionally finding clothes that fit well.
5. What is the hardest thing you've ever done?
Watch some of my children make mistakes and know I must let them live their own lives.
6. Now that we've gotten to know each other, tell me a story. It can be long or short. From your childhood or last week. Funny, sad, or somewhere in between. Just make sure it's yours. What's your story?
In my high school senior class play I played the role of the snotty business woman trying to steal the hero from the sweetheart heroine. For my costume, I brought a knit dress from home that was modest enough, but by the time the make-up artist plastered tons of goop on my face and the costume manager stuffed about three rolls of toilet paper in my bra so I would have the right appearance when I walked out on stage under the floodlights, I looked the part on steroids.
After the play, the cast and crew went to a local pizza parlor to celebrate. Shortly after we sat around a table, about three young men I didn’t know with wide grins on their faces dragged their chairs around our table and began to hit on me. At first I was puzzled. I wasn’t used to drawing that kind of attention. Then I realized we were all still in costume and off-stage and up close, I looked like a hooker.

I stood up, said good-by to my friends, and I was outta there.