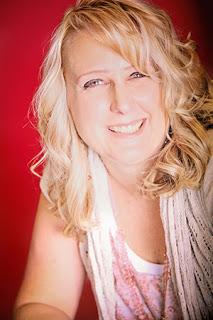 Angela Carling was raised in Palm Springs California, but lives Arizona with her husband, three kids and five felines. She loves reading and writing for the young adult genre and has published Unbreakable Love, Shackled, Becoming Bryn and the first three books of the Secret Keeper series. In 2012 Shackled won the silver IPGA award and has since been optioned as a screenplay. She always eats the frosting off her cake and leaves the rest, and can be caught singing in public bathrooms. When she’s not creating stories, she’s mentoring teen writers, making pizza with her family or dreaming of taking a nap, not necessarily in that order.
Connect with the Author here:
~ Website ~ Twitter ~
~ Blog ~ Goodreads ~ Youtube ~ 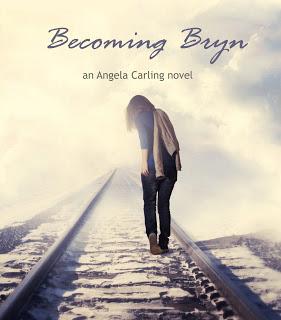 For months, Jesse has been envious of her twin sister Bryn and even has a crush on Bryn’s gorgeous, popular boyfriend, Quinton. When Jesse awakens from a coma to learn that everyone thinks she IS Bryn, the option of actually taking over her sister’s life is beyond tempting, but there’s a downside. She’d have to give up her relationship with Ethan, her best friend and the only person she trusts. Could she actually live s Bryn for the rest of her life? And if her family and friends found out, would they ever forgive her?

Top Ten List:
1.      Angela’s been a desert rat most of her life, first being raised in Palm Springs California and now living the last fifteen years in Arizona.
2.      Angela and her older sister were raised mostly by her Dad. Her home life was a real live Full House without the help of an Uncle Jesse and Joey. Unfortunately, the humor was just as corny.
3.      She has a munchkin cat(special breed, small legs) that the family named Frodo Baggins.
4.      Angela spent most of high school and college performing in choirs and small ensembles and loves to sing in different languages. Her favorite, Silent Night in German.
5.      When Angela arrived to start her honeymoon in Maui, Hawaii, she and her new hubby were informed that a hurricane was just about to hit.
6.      Angela’s favorite childhood book is A Wrinkle In Time by Madeleine L’Engle and last Christmas her son gave her a signed copy for her library!
7.      Some of Angela’s book covers (Becoming Bryn, Shackled, Belakane, and Under The Broken Sky) are made by her talented twenty year old son Kaelen Carling.
8.      Angela likes to use animals in her writing, especially kitties. In two of the books, Belakane and Unbreakable Love a cat is actually a supporting character.
9.      Once a month Angela’s family does an appetizer Friday cooking a huge spread of appetizers, no vegetables allowed!
10.  When Angela is not writing she can be most often found in her garden where she defies Mother Nature by growing tropical in a desert.